Waiting outside the Etwatwa Clinic for the Nurse and Assistant to finish seeing patients and talk to us- In the photo: Eric Berger, Heather Vital, Deon Vos and in the background, Etwatwa patients

It’s our last day here in Jo’burg on the RTT Unjani project; We present our findings to our sponsor in less than an hour. The energy is high, even with a couple of team members who are battling colds. It’s been a whirlwind two-weeks and our team has been drinking from the proverbial fire hose, learning about the eclectic culture, people and townships where the clinics are placed.

We managed fit in some sightseeing as well (including a 30-hour stay in Cape Town that included the wineries, penguins, Cape Point, Robben Island, V&A Waterfront and Table Mountain- what can we say, we’re efficient), but it’s so much more rewarding to visit a country on a project like this rather than just as a tourist. It adds a new dimension to the experience.

During our work here, we’ve been out to the clinics multiple times (one is located in the Etwatwa township and one in the Watville township). The townships are primarily made up of small, government issued houses and shacks made of corrugated metal. Evidently the houses are “free”, but there’s a 7-year waiting list to get one. It’s striking how close the rich and the poor are physically located from each other. It’s only about a 15-minute drive from the big malls and beautiful (albeit it heavily protected) neighborhoods to the shack communities where porta-potties get stolen from construction sites because they represent a status signal for these communities to have one. It’s such an interesting place.

This parallel is even more pronounced at the Wattville clinic location. The clinic there is on a school campus- an adult learning center where young adults go to received computer training, learn sewing skills, carpentry, etc. And this campus is located in the middle of the township, literally with government issued houses on one side of the clinic and shacks lining the other. But the students, we’ve observed, dress more stylishly and in more name-brand clothing than we do. We could probably pick up some tips. It’s clear they are very image-conscious. In talking to some of the students/teachers about the clinic, everyone gushes about how great it is, and how much good it has done the community- even though our data tells us otherwise. The general fear (and this extends to the other clinic as well) is that the clinic will get taken away if anyone has negative things to say about it (an understandable position, and one based on past experiences). No one is ever going to say “We don’t go there because we see it as an AIDS clinic”, but luckily interviews are not our only source to draw insights from. But it has taught us to be discerning in the message that we receive.

We were also able to peek inside a public (free) clinic (though refrained from taking pictures). Originally, we thought that they would be mass chaos- but the one we found was clean and orderly. Definitely not what we had initially imagined.

This trip has opened our eyes in a lot of ways and has been a wonderful experience. Off to the final presentation! 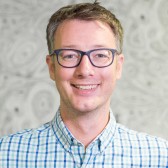